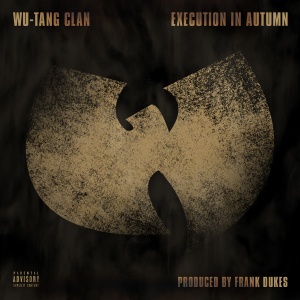 Arguably the greatest hip hop group of all time, the Wu-Tang Clan has released a new joint called “Execution in Autumn” from their forth coming album.

The Wu has always incorporated Asian cinema in their themes. The title Execution in Autumn (秋決, Qiu Jue) is a 1972 Taiwanese drama film directed by Hsing Lee, and was selected as the Taiwanese entry for the Best Foreign Language Film  at the 45th Academy Awards.

It’s usually easy to identify the reason why RZA samples most of the Asian film clips on Wu songs. On Raekwon’s “Guillotine (Swords), RZA sampled “Shaolin VS Lama”, “Were you just using the Wu-Tang sword style against me? [I’ve learnt so many styles, forgive me]…”

However, on this new song “Execution of Autumn”, the inspiration is less explicit, and more esoteric.

The film Execution in Autumn takes place during the Han Dynasty in China. The concept is simple: during the Han Dynasty all executions were supposed to be carried out in the Autumn. The main character Pei ends up on death row until his execution date in the Fall. Pei is a selfish and violent man that has to wait a long 11 months to meet his fate. While he’s locked in the Ancient Chinese bing, he marries in order to lay his seed on fertile soil and his Earth can bear an heir. Pei mellows out as the movie progresses, despite his inevitable death.

There really aren’t any bars in the track that give away why they chose to name the song after the movie, so golden era elitists like moi are left to interpret it for ourselves.

One similarity between the track and the movie is the subtlty of the works. This new Wu song is…almost boring. The buzz around it and their new album is more exciting than the song. The beat is produced by Frank Dukes (2009 Red Bull Big Tune Champion), and is very straight forward. The drums are big and the snares smack in a way that reminds me of the drums No I.D. used on Death of Autotune. It’s very minimal, but lacks the grit and soulfulness that made RZA’s minimalistic beats so dope. Although I dig Frank Dukes production, no one can capture the vibe of the Wu better than The Abbott himself. Another reason the joint leaves me wanting more, is because my personal favorite Clan members are not featured (GZA, Ghost Face, and Meth), however RZA, U God, Deck, and Chef deliver performances you have come to expect from them.

Execution in Autumn is definitely reminiscent of Iron Flag, because it sounds like it aims to please fans who want 36 Chambers sounding Wu-Tang music, and though it delivers some of that feel, it’s still not enough for me.

If this is a reflection of the rest of the album, it doesn’t seem like one I can buy with absolute confidence. I need more raw filth and flawn and filth. I need more gwittiness. But we’re glad the Wu is still doing it and will support their endeavors, including this new LP, which the 5th Element is highly anticipating.

Maybe the inspiration is them fading to black like Pei expects to in the near future. Maybe it means that old ways of thinking are being sent out to pasture. Maybe you can surmise your own fate for the Wu by listening to the track below.