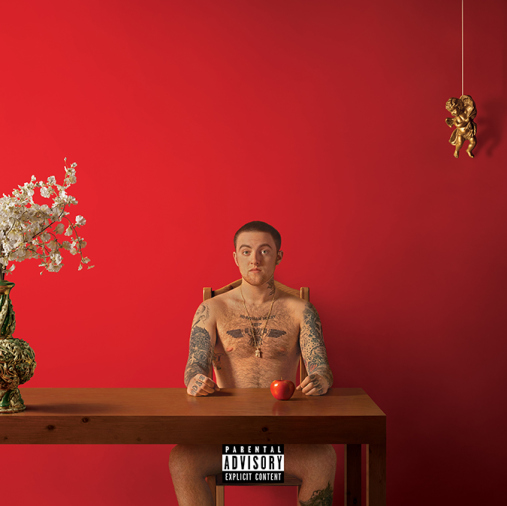 In the Hip-Hop game, first impressions are tremendous, especially for rookies. This goes for the indie rap game in particular. Building credibility through respected media outlets is important, as is label loyalty. Not to mention, if your name is thrown into that conversation of “rappers to watch out for,” you’re golden. Right?

Rejecting any possibility of being a part of a major label, Mac released his 2011 debut album, Blue Slide Park, on the Pittsburgh-based indie label, Rostrum Records. The album climbed to the No.1 spot on the Billboard 200 chart in 2011 and became the first independently-distributed debut to take the number one spot in more than a decade. During the same year, Miller also made XXL’s Freshmen list for the first time.

But beyond the façade of his newfound success, Miller was also met head-to-head with some very harsh criticism. Whether he liked it or not, Blue Slide Park had cemented his reputation as a prominent figure of the “frat rap” scene. After scores of unfavorable reviews, multiple public disses, and Twitter beefs with Donald Trump, Miller is still trying to shake the stigma associated with his college-kid, party friendly debut. But the fresh-faced 19-year old is no longer 19, and his growth is evident in his latest Rostrum release, Watching Movies with the Sound Off.

If Blue Slide Park was his freshman effort, Watching Movies is like Miller’s senior capstone project. At 21 years of age, his subject matter has matured a bit since Blue Slide Park, which shows on the somber and introspective opener, “The Star Room,” in which Miller reflects on the darker side of fame. On the album, he delves into some deeply personal issues, like losing someone (“REMember”) and leaving undesirable aspects of the past behind (“Objects in the Mirror”). The discussion of drugs in Miller’s music has also shifted from a tongue-in-cheek glorification to irony, and some of his lyrics hint at his previous struggles with lean.

What’s more, Miller’s subject matter isn’t the only thing that’s evolved on this album. He explores more experimental sounds on the FlyLo-produced “S.D.S.” On top of that, tracks like “Aquarium” and the Jay Electronica collabo, “Suplexes Inside of Complexes and Duplexes” showcase Mac’s own skills as a producer (under his pseudonym, Larry Fisherman). Witty rhyme schemes are dispersed throughout the album and although far from lyrical perfection, a few tracks reveal Miller’s capacity for an almost Doom-like verbal fluidity.

Overall, Watching Movies is a solid effort from a rapper who’s trying to leave his youthful old habits behind, but not fully succeeding at it. Yet, who can blame him? Miller is still faced with the perplexing task of securing his identity as a rapper, and as a young 20-something, that identity may sometimes be obscured. But once the smoke clears, the girls have left, and the party’s over, the rapper formerly known as Easy Mac (“with the cheesy raps”) will have hopefully completely shaken his unfortunate past reputation and demonstrated the true potential of a promising young emcee.