Having sold millions of albums worldwide and even lending her talents to television and movies, teen sensation turned full fledged R&B songstress, JoJo, really doesn’t need much of an introduction.  With a body of work that epitomizes youthful success, JoJo is an artist that we can count on to always deliver with quality.  And that’s just what she did when she took the stage at Los Angeles’ first annual Broccoli City Festival.  After her awesome set, we sat down with the ever fly and accomplished singer and chopped it up real quick about what she’s currently working on, who she’s currently bumpin’ in the ride, to even her fashion tips during the warmer months coming up.  Hit the jump to peep the full interview. 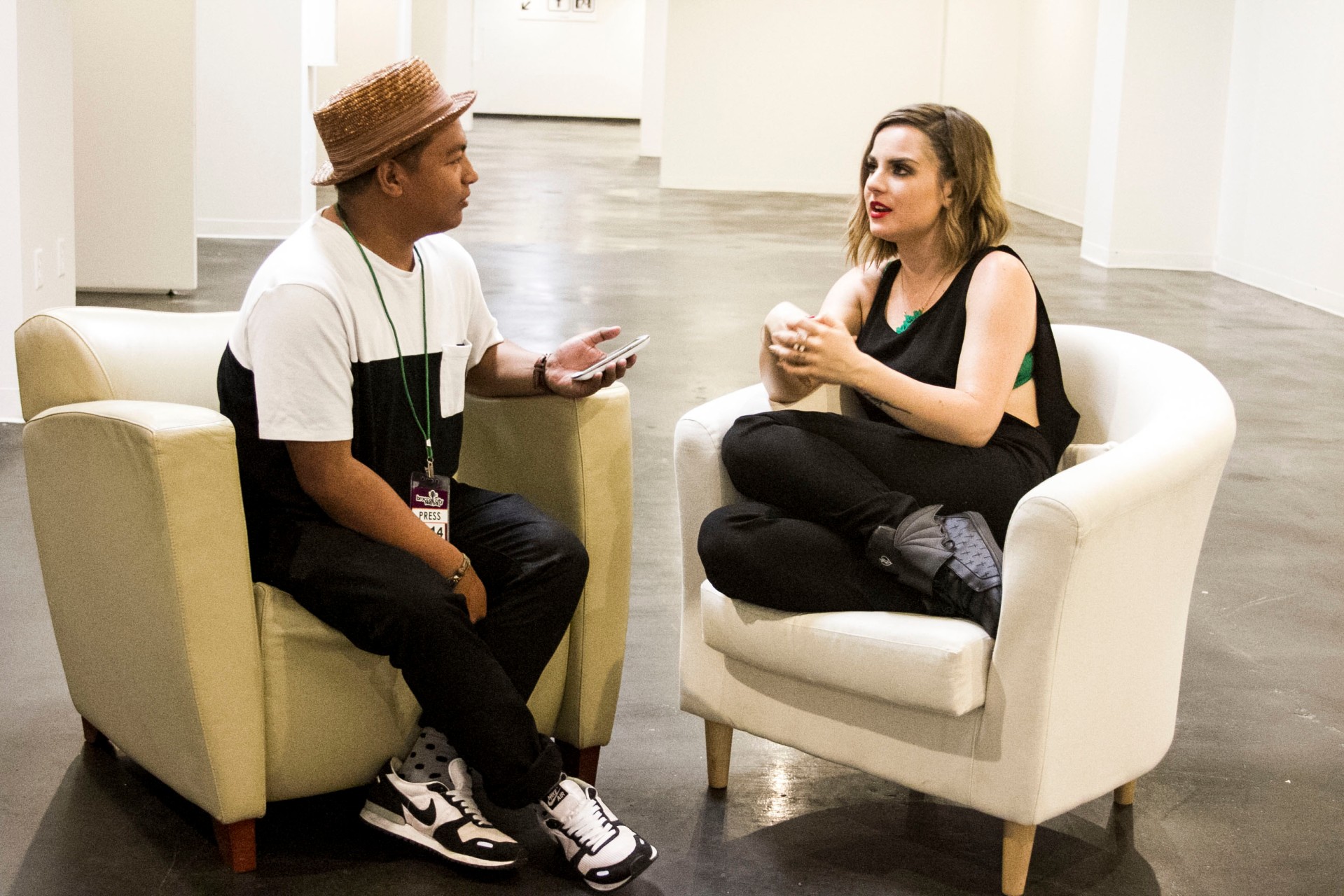 The 5th: First off, congrats on the awesome set here at Broccoli City Festival!  Now Broccoli City is a unique multicultural lifestyle group that promotes going green and a health conscientious life.  Did that attract you when choosing to be a part of their festival as a performer?

JoJo: Yeah absolutely. I’m a fan of taking care of this planet that we’re living on.  And especially with the thought of our children and grandchildren, we gotta make sure that there’s still something for them when they’re around.  I think building awareness, learning as much as you can, and figuring out different ways to integrate sustainability and bringing that type of responsibility into your life is great.

The 5th:  Now bringing it back to the festival, it is that time of the season for them, specifically for the fact that the weather is a lot hotter out now.  What are some of your fashion style tips that you’d like to share during these warmer months?

JoJo:  You can’t go wrong with a sundress.  Or like a romper, something easy to throw on.  If you need to bring a sweater, maybe tie it around your waist.  I just say keep it sheer, if you can.  Like a bra and panty with a sheer thing – fuck it, y’know.  Whatever! (laughs).  Maybe a bathing suit underneath, just in case you’re gonna jump in the pool later.  Just be smart – no heels, wear sandals, and just be comfortable and cool.

The 5th:  Now speaking of this warmer weather, it’s that time where we’re ridin’ around with either the top or windows down and the music way up.  What would you be bumping in that kind of situation?

JoJo:  Maybe Pharrell’s new album, “Girl”.  I love it, it feels so good.  There’s so many sexy, fun songs on there.  I’m also listening to Mos Def’s album a lot, “The New Danger”.  It’s from years ago, but it’s just really speaking to me right now.  And Disclosure, too.  I love Disclosure!  Even Sam Smith, too.

The 5th:  Let’s talk about some of the music you’ve been coming out with lately.  How has the reception been for “#LoveJo”?

JoJo:  It’s been beautiful.  I’m always taken aback when people dig what I put out.  It’s simply been a beautiful response.  I was very apprehensive, kinda nervous to cover an Anita Baker song but I was so thrilled that people received it and thought that I did okay with it.

The 5th:  Personally, I think that Anita would be proud.  And actually, that song you covered of her’s, “Caught Up In The Rapture”, was what put me on to the “#LoveJo” project.  What was the mindset and concept you had going into that?

JoJo:  Well thank you so much.  I wanted to give my supporters who’ve been so patient and understanding a Valentine’s Day present, because they’re my lovers, they’re my babies.  So in just ten days, me and Da Internz got together and knocked out a few of songs.  And I had been thinking about different covers that I wanted to do that represented how I was feeling and what I wanted to express to my fans without saying it necessarily, without writing a letter, and Phil Collins’ “Take Me Home” – I’m such a fan of his – that song kinda felt like what I was going through in certain moments during my previous situation with my former label.  I was trying to get out of that and move on to the next chapter of my life.  “Caught Up In The Rapture” is like the way I feel about music.  It just gets me so high.  And “Glory” is something that I wanted to – it’s singing to God.  I just wanted to come up with full spectrum of love.

The 5th:  Nice, sounds like the whole project was very cathartic for you.  Well, one last question for you JoJo.  What would you like to tell all your fans right now in regards to having any new work from you to look forward to?

JoJo:  An actual album (laughs).  An actual album and a tour to support it.  Just being out there, being visible.  I just want to work harder than I’ve ever worked before.  So they can just expect content!