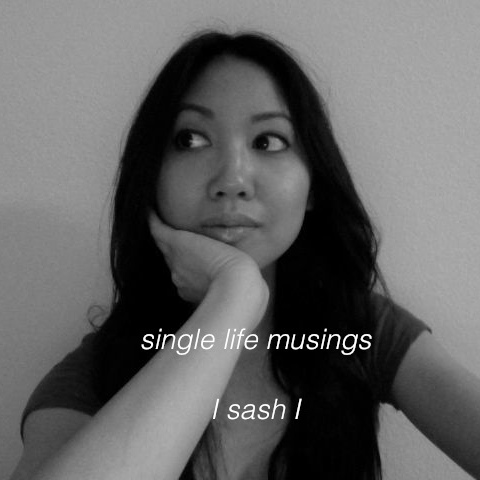 There are two things in the modern world that I still find overwhelming. The first thing is the volume of music that I have to continuously sift through, whether I’m digging through crates or browsing the internet. Erykah Badu got me down to a science when she sang “Analog girl in a digital world,” because I really don’t know how to methodically search for and organize my entire music collection digitally. It’s too much. But that’s nothing compared to this next thing. The other thing that scares me to no end is dating. In the past, I’ve trialed dating sites with the expectation that finding potential suitors would be as easy as liking songs on Soundcloud (it’s not). However, as a late 20-something woman, I’ve definitely come to terms with what I want, and there are a few things I’ll immediately notice about a man: professionalism, healthy lifestyle, and of course, owing to my own nature, their taste in music.

It may sound a little superficial, but in reality, the way we seek and place value on music mirrors the way we seek and place value on others, and when you really think about it, the thrill of the hunt in the dating world is not unlike sifting through those new sounds. That being said, I was inspired by my own personal journey and last year’s “Listen to Her,” piece to come up with my own breakdown of a few different types of guys I’ve encountered, based on what they listen to:

This guy is part of the new wave of beatsmiths. Find him on any of the proverbial music “clouds” on the net: Soundcloud, Mixcloud, you name it. He’ll cook you up some beats for breakfast, and if he likes you enough, he’ll even give you the stems. He takes music production seriously, and his studio is his sanctuary that only few can pass. If you’re one of the chosen few, trust that you must be something special. This one can be a charmer. His ability to effortlessly layer instruments mimics his ability to lay the mack down on the females, and his keen knowledge of beat matching will have your hearts synced in no time.

This guy might as well be the epitome of the famous Nick Hornby quote, “What came first? The music, or the misery?” His idea of relationships stems from a frequent exposure to heart-shattering slow jams and other music that would generally give him “the feels.” He’ll do things like serenade you with an acoustic cover of your favorite Musiq Soulchild song and wine and dine you after a long day at work. Don’t be surprised (or annoyed) if there’s rose petals in your bath tab. The R&B Idealist pretty much excels in every aspect of courtship, and he’s normally quick to show deep affection, but if he’s been hurt, expect his sensitive, blues-laden heart to be an impenetrable fortress.

In a relationship, like forces can repel, and this is the type of guy I can either get along really well with, or consistently butt heads with. The male counterpart of “The Backpack Romantic,” The Golden Age Guru is an avid hip-hop head with an expansive music collection, active involvement in one of the “elements” and a vast, almost encyclopedic knowledge of hip-hop samples. His dining room table centerpiece is a set of 12s and an original PMC 05, while his library consists of books like Jeff Chang’s Can’t Stop Won’t Stop and Brian Coleman’s Liner Notes for Hip-Hop Junkies. When he’s not crate digging, DJing, or penning lyrics, you can catch him on music forums, schooling fools on “Who Flipped It Better” threads.

Future soul, future bass, future garage, Back to The Future — you name it — this guy loves all things “future.” Innovative and avante garde, he is a connoisseur of all things new in music and a frequent Soundcloud-monger. He also loves scoping out remixes of classics, while still holding a deep reverence for the original recording. If the principle of opposites attracting still holds true, classicists will learn a lot from this type of guy due to his uncanny ability to keep up with new artists.

Nu-Disco, Soulful House, Electronic. He loves it all. He follows labels like Kitsuné, Dim Mak and Ed Banger Records religiously, and he’ll blow up your phone when there’s a Moon Boots or Classixx show in town. His wedding dance is going to be to Breakbot’s “Baby I’m Yours,” and he can’t go out anywhere without lighting up the dance floor. Outgoing and friendly, he also loves pool parties and mid-sized music festivals…especially in remote areas and resort/beach-type cities (Think Splash House and Pacific Festival). Dude knows how to have fun, so if you’re in any type of shell, be prepared to break free or break up.

It’s important to note that while taste can undoubtedly be a significant element in attraction, it’s not the only one. We’re constantly deluged with new sounds and people, as well as new ways of finding them. However, we sometimes find ourselves touched by fate, or chemistry that we can’t quite explain, and just like that, our approach to love is based more on intuition than algorithm.

For me, even in this age of high accessibility, I still find myself seeking the inaccessible — the person who is rare enough to defy any genre or category. I don’t necessarily seek the person who has good taste in records. Rather, I seek the one who can accept every good and bad trait, every blemish and flaw, every imperfect hiss and crackle once the needle scratches the surface. It just goes to show that while taste can be an impetus for initial attraction, it’s never truly definitive.

Playing the dating game right involves respecting your own voyage of musical and personal discovery. Every day, you should look forward to delving deeper into the depths of music (and love’s) unknown and don’t be afraid to find something pleasantly unexpected. Keep your heart and your mind wide open for that singular treasure, and if you’re still having trouble finding it, take our advice, and just…listen.