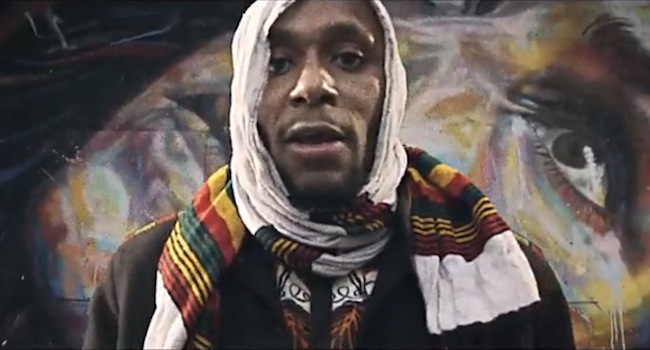 Yasiin Bey, formerly known as Mos Def, is a rare sighting these days. He’ll make sporadic appearances in the US, but more often than not it seems that the rapper/poet finds himself overseas chillin’ in Morocco or making sly videos paying tribute to another elusive figure in hip-hop, MF DOOM. Between the end of last December and February, Yasiin has been releasing these DOOM clips on the sly, his head often cloaked and filmed in a secluded barrack outside of Paris. As stated on Culturebox, a French website where the videos have been hosted, Yasiin refers to this project as “BEYONDOOM,” a video-EP of sorts, spitting verses from “Madvilliany” and one classic J Dilla track. How these videos have been going under the radar, I don’t know, but seclusion and secrecy have been a part of Black Dante’s repertoire as he’s gotten older, so we can only pray that a full version of these clips just might find there way to us via the digital world.