Graffiti legend, Futura, recently had a meet and greet at UNION Los Angeles to sign caps from his latest collaboration with New Era and the Brooklyn Dodgers. The visual arts maven linked up with New Era to commemorate the 60th anniversary of the World Series champion Brooklyn Dodgers team from 1955. As an avid baseball fan, Futura knew this matchup was a no-brainer to work on. We were on hand that night and he spoke with us at length to talk all things regarding this collaboration, his love for baseball, and also got a great reaction from him when he saw our photographer, Alvin, rocking his first collaboration with Nike SB.

How did you and New Era end up linking for this collaboration?
I’m a big baseball fan, so I had done this project some years ago in 2008-2009 where I went to all the major league stadiums. I documented that and basically I thought to make this connection to major league baseball, so they could help me realize my book dream for it. So that’s kind of how it started, I was trying to find a way to MLB. Then, when it came down to what to do, I chose the Brooklyn Dodgers because the year they won the World Series was the year I was born, which was 1955. So this is sort of a celebration of them winning the World Series and it’s also my birth year.

What inspiration did you use going into the project?
The year they won commemorates with me very closely, and my mom also loved the Dodgers. As a kid, I just knew about that and Jackie Robinson – the obvious things that you hear about the history of them.

Any fond memories that came up while you were working on this collaboration?
I wasn’t able to remember any specific memories regarding the 1955 Brooklyn Dodgers, since I wasn’t around yet. But for me it still has personal meaning. I am a fanatic of baseball. So it’s something really special for me.

Being you’re such a big baseball fan, how would you rank this collaboration out of all your other ones?
Quite high, just based on the level of personal connectivity. I’ve done products with Nike and Beats by Dre before, but this one has more personal meaning. It’s what’s relative at the moment, and collaborations are just that. This project in itself is something that I can also see as being timeless.

Do you see yourself doing more sports-based collaborations?
Well, specifically for sports related projects, I’m not pursuing stuff like this. For this project, I associate New Era with all things sports, especially baseball. So maybe because of this, there will be a doorway for me to publish my book on the MLB. And if not, I can always self-publish this book myself to fulfill a personal dream of mine.

This baseball book project that you’ve mentioned, can you elaborate on it?
Basically, I’m calling it “Cathedrals of the Game,” which is actually a title I stole from Vin Scully. When I did my major league tour, I just happened upon doing it. I went to the two stadiums in New York back in 2008, as an homage, since they were to be replaced. Then a week later from then, I found myself in LA at Dodger Stadium with Dr. Romanelli. We were doing a project then. He had a hookup for tickets there and I found myself sitting in the best seats I’ve ever been in, right behind the dugout. Then I found myself thinking, ‘Could I actually go to every game?’ As a kid, I’ve always wanted to do something like that. So right after that game, when I got back to New York, I told myself that I was going to do it. It took me two seasons to do it. I ended the tour at the two brand new New York stadiums, so it’s not 30 stadiums I went to, technically it’s 32. It was a great full circle, bookend feeling to this endeavor. There was no other motivation for this other than it being a labor of love. This was me just realizing a dream because I can. That’s what really motivates me regarding this whole project, that fanaticism for the game. And shout out to Vin Scully again. 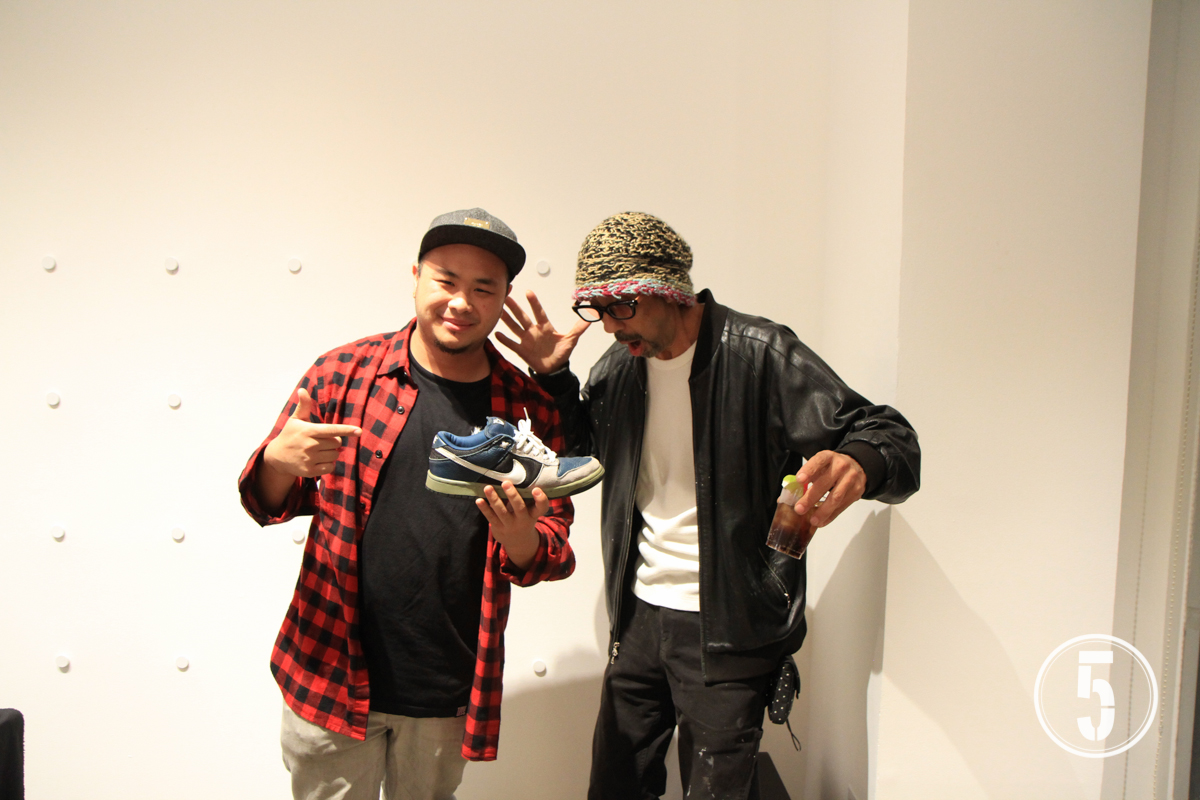 As he was about to answer another question, Futura suddenly spots the shoes our photographer, Alvin, was rocking – his first collaboration with Nike SB, the ‘Shark’ Dunk SBs.

Wait, homie you’re rocking my first SBs? That’s my first gem! Those are the ‘Sharks’, and they’re like the un-Futura version because there wasn’t really any ID to it. Word just got out that I happened to do the design for those Dunk SBs. That was me at Nike, hanging out – I never really did anything with them yet – and I was at their campus way back in the day. They were like, ‘Hey, here’s some swatches of things,’ and ‘This is how we make shoes,’ and I was like, ‘Huh?’ It was brand new, especially for artist collaborations at the time.

Given that this project does have a special meaning to you, is there any advice you have for aspiring artists out there who have goals of collaborating with their dream brands, inspirations or idols?
Don’t lose sight of your dream and don’t get discouraged. If you’re really into what you’re into and you’re not driven by following someone else’s energy, and you’re trying to be about yourself and are pursuing what you really want to do without distractions, go for it. Trust me, I can speak from real experience when I say that no one can forecast the future and predict what’s going to happen. But I know that if you’re not active in finding a way to generate your creativity, no one else is going to do that for you. Have some optimism in what you’re going to do, but also have a longer lens in viewing it. Stop focusing so much on the immediate, give yourself time to arrive. If you’re trying to get with a brand, send them your stuff. Write them a positive letter about your interest in working with them. Be aggressive. The same letter you sent to XYZ company, you can send to ABC company. You can move your data around and play the field a little bit.