Ah, another end of the year list. Those are always fun, right? I mean, for a barometer of annual milestones, what better way to highlight them all through a simple, easy to read, visual-heavy list? Cakewalk journalism? Of course. But hey, nobody really reads anymore (RIP Grantland and Four Pins) so why not just dilute good content some and serve it up hot to the masses ready for a fast, empty-caloric fix of what they should have likely remembered this past year? Now what’s more fun than reading lists (no, not the Crying MJ meme, but you’re close)? Reading lists about the major pop culture fails of this year! Because what else is more reassuring to ourselves than watching someone richer and more popular than you take a major spill in front of the whole world? Certainly we can all take some comfort in Jay Z taking an L, knowing that not nearly as many people watched you fall flat on your ass riding your hoverboard across the living room on Christmas morning.

The man who was a literal dumpster fire of fail made headlines more than once this year with disaster after disaster. Between falling in love with an at the time underage Kylie Jenner (Chris Hansen where you at?), getting himself into some baby mama drama with Blac Chyna and earning the dubious distinction of having one’s own album AND clothing line battle it out over who’s numbers were worse, I’d say the Young Money castoff really made quite a run for himself in the fail department this year. Oh, and if you try to eggplant emoji your way out of struggle album sales, you automatically earn yourself a spot on this list, guy.

Josh Ostrovsky, BKA The Fat Jew, was set to ascend levels in 2015, poised to take his Instagram fame built on fire memes and flip it into success IRL. Dude had a Seamless deal and a pilot with Comedy Central already lined up, amongst other sponsorships, yet all of which managed to fall right through his pudgy fingers. Why? Because he was ousted by a number of comedians and witty internet personalities as a thief of their jokes and comedic work that’s why. Who knew firing off crucial memes on the regular would ever get so serious? Well, when you’re making stupid cake off of other folks’ work, you too will find yourself as the new meme-boy of fail in a scenario dripping with irony. 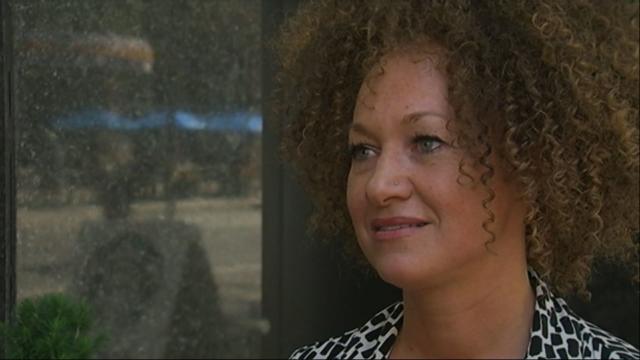 Former NAACP leader, Rachel Dolezal, made headlines this past year with one cringe worthy, on the spot interview that basically outed her as a white person. And sure, being mistaken for having a lack of rhythm can be annoying, but in Dolezal’s case, the problem was that she was presenting herself to the whole world as a black woman beforehand, for as long as anyone would have known her. Yes, somehow getting a tan and a perm was enough for her to identify as a black woman, and nobody could tell her otherwise. Not even HER WHITE PARENTS.

So let me get this straight. When millionaire artists are all united through one cause by another millionaire artist, and that one dire cause is their complaints about not being paid enough for their work, then that would make a great idea to start a new music streaming service  aimed to make them even richer? Hov, who were the yes (wo)men that you passed the blunt to in that session? Bey? Madonna? Daft Punk? Nicki? Yeezy? Rihanna? Jack Black? Well, according to the commercial for Tidal, all of ’em were high af, too, gassed on their own success. But hey, there’s nothing that says tone deaf more than a bunch of superstars toasting to themselves in one giant circle jerk of back patting and ego stroking. Nevermind that Tidal failed ever further by not differentiating itself from other services with unique content and worthwhile programming, of course.

Look, earning the title of the most hated man in America is not an easy accolade to achieve, what with all the regular assholes we run into on the daily. I mean, we still have the entertainment industry to account for. But alas, one man, dubbed the ‘Pharma Bro’, managed to snag that title and rep it to the fullest this year. Yes, ‘Pharma Bro’ Martin Shkreli set his sights on Public Enemy No. 1 by raising the price of a lifesaving drug by more than 5,000 percent and then buying Wu-Tang Clan’s one of a kind album, Once Upon a Time In Shaolin, for millions, then smugly bragging on Twitter about it. Thankfully, Karma rode in on a gleaming white unicorn and served Shkreli with a healthy helping of its home cooking by way of a case leading to Pharma Bro’s  arrest for securities fraud charges. Universe -1, Asshole – 0.

Between turning your living room into barbecue, busting your ass after falling off one by trying to flex for the ‘gram and being one fedora, a vape pen and a pair of white sunglasses shy of a douchebag’s starter kit,  the hoverboard encompassed all my hate for 2015 and rode off into the sunset with it in all it’s non-hovering glory. And if you were duped into buying a self-touted hovering mechanism that doesn’t hover one bit, well then I’ve got some magic beans and a Tyga album to sell you.

I really don’t know how Saturday Night Live managed to drop the ball on this one. How did a legendary comedy show even think for one second that  having on a hate mongering, demagoguery spewing, arrogant billionaire-turned-politician, with a fake tan that overcooked hot dogs would be proud of and a hairpiece made from the finest of grandma couch, would ever be one iota of funny? We need answers here. Lorne? Like really, someone out there thought that shoehorning Donald Trump into a meme via a poor attempt at being relatable through a Drake parody was comedic gold?  Heads at NBC should have rolled for this monumental fail.

I would have never thought that Steve Harvey, of all people, would have ever broken the internet. I mean, the only conceivable way that I believe it could have been done was with the cumulative weight of all the buttons on his suits. But since 2015 was one giant meme that kept on giving, ol’ Steve did successfully blow up the ‘net by failing on the grandest of stages – hosting the Miss Universe pageant in front of millions of eyes the world over and announcing the wrong winner, then copping a do over like, ‘My bad Miss Columbia, see what had happened was, Miss Philippians is actually the winner.’ Survey says – Major L.

“Is that a world tour or your girl’s tour?” were the words chiseled onto the gravestone of Meek Mill’s rap career, by one Aubrey Graham. The solemn service was attended by Funkmaster Flex wearing a Crying MJ mask, Nicki Minaj suspiciously seated next to a beaming Drake and the five people in Philadelphia who supported Meek in their beef. After a fine talk given by Drake himself asking for any donations towards the Ethering a Dudes Whole Life Fund, he closed the service with the same Powerpoint presentation he played at OVO Fest that highlighted every Meek Mill meme that captured his L ever so accurately.

2015 marks the death knell for this generation of streetwear as we know it. With sales down across the board for all brands, save for the hype-elite of Supreme and BAPE, one can easily pinpoint a few events that signified the current state of the industry – Karmaloop’s tremendous failure, the shuttering of Four Pins and every brand in the streetwear landscape looking like they’re all trying to ride the same wave. What’s more, Kanye West as a tastemaker led to a brand new, high fashion meets luxe-basics type of aesthetic, which in turn, fell over itself due to inevitable oversaturation. Also, blame the internet, for providing access to the once exclusive world of streetwear and creating a wider doorway for seemingly every fuccboi with a graphic printed on a tee and hoodie to start their so-called (heavy air quoting, here) “brand.” Blame said fuccbois and hypebeasts for creating a culture that cannibalized itself into a death that was highlighted by over-saturating a market with monkey see, monkey do designs and a lack of artistic integrity and profound inspiration. There’s more to gather over the complete failure of streetwear this year, but whatever factors they are, I’m hoping the industry can quickly overcome them, making way for some fresh and brand new ideas that can translate into dope clothing for all. It’s either that or I have to find a new gig to write about.