Fashion and style took on an unprecedented form of saturation in 2015, placing the whole urban lifestyle aesthetic underneath the public microscope. As a result, many of the brands that caught our attention were the ones that managed to take one step above the fray and offer something a little bit more than the industry clones. For the best brands of 2015, they knew how to stay on trend yet still present an out-the-box element that had our closets and wallets wanting more.

Brands always wonder why they run out of inventory in their small sizes first. I can tell you why… women wear smaller sizes. There are definitely not enough women’s brands out there to go around. I personally own more men’s clothing than women’s. Why, you ask? Because it’s dope. Speaking of dope, let’s talk about KITH’s Women’s line that just recently dropped. Ronnie Fieg opened the doors to KITH in Soho offering multiple brands of sneakers, as well as collaborations. Two years later, he debuted his menswear label that blur the lines between streetwear and activewear. They also drop clothing in limited batches similar to brands like Supreme. My favorite part about this brand is that it’s not a “borrowed from my boyfriend’s closet” look. It’s specifically made for women from fabric to fit. “I believe that this is a new category. We’re smack in the middle because you can look sporty or dressy,” says Fieg. “It’s a response to how women are dressing now. However your day-to-day life goes, you want to give women the ability to wear something all the way through. In today’s world, you have to give people a multi-functional product.” In my opinion, that’s exactly what women’s streetwear is… multi-functional clothing. Along with a couple other brands, KITH Women’s is bringing this to the light.

Though fairly new to the game, Fear Of God is quickly becoming one of the most coveted high-end streetwear brands out there. The brand blends rock n’ roll and religious references without being in your face. With an emphasis on layering and oversized silhouettes, the brand gained a co-sign from Kanye West, who hired the head designer Jerry Lorenzo as a part of his creative team. So is Fear Of God street or luxury? The designer tell us, “I think it’s ‘street’ in the way it came about. I didn’t go to fashion school, I don’t belong to a fashion house, I have no design background. It’s like a kid hustling mixtapes. You go downtown, you buy fabrics… you figure out the process. And so it’s street in the sense that that’s how it started, but it’s high end in a sense that I’m using luxury fabrics, everything is made by the best sewers in L.A., and everything is constructed to the highest level of quality. So you can look at it both ways, but I prefer not to fit in a box.”

Palace Skateboard’s logo has quickly become one of the most recognizable and most-wanted brands in the streetwear world, winning over the likes of ASAP Rocky and Drake. However, the brand definitely has more to offer than a cool logo. With roots based heavily in skateboarding, the brand obviously has a large following of skaters, but as of late, Palace has grown much, much bigger. Not just in size, but in design as well. They have made a major transition from relying on the “tri-ferg” logo to a larger aesthetic while remembering their roots. Comparisons to Supreme and Been Trill are hardly surprising when they all have unmistakable logos, cult followings and crossover fashion appeal. Many brands, including Been Trill, have died from hype. I believe that this is one characteristic Palace has reminded us of in this day and age. Hype. Beneath the triangle logo, there’s a brand that’s living and growing through all the hype and has made a place for itself. Whereas Been Trill didn’t grow past graphic tees and celebrity endorsements, Palace has taken on it’s own identity on skate gear.

I think this brand is completely under-rated. Golf Wang, as wacky as they are, does not disappoint. Creatively, there’s probably no one who can outdo Tyler, The Creator. The brand maintains its childlike undertones while still showing progression. Golf Wang shows a witty and playful take on streetwear lifestyle. If there’s anyone who can convince you that highlighter orange polka dots go with pink stripes, it’s Tyler.

Dimepiece LA is made for the tastemakers, the artists and powerhouse women. It is made for a lifestyle of girl power and leading-edge street style. Dimepiece pays homage to the city of Los Angeles, in which it was born, personifying streetwear’s objectified attitude and legacy of resistance, as well as providing an influential voice for women’s evolving role in streetwear as well as society. What began as a small t-shirt company has grown into one of the leading women’s streetwear labels out there. Seen on the likes of Kylie Jenner to Miley Cyrus, Dimepiece is only going to get bigger and better.

Badwood is born and raised in Los Angeles. What I love about this brand is the art and the energy you feel from it. It gives you attitude and rebellion, but at the same time tells a story. If you follow them on Instagram you’ll see all of the art, from the clothing to stick and poke tattoos, to hot girls wearing their digs. Badwood brings back what streetwear used to be – dirty, badass and just plain cool.

Anti Social Social Club is exactly what it sounds like. It’s a big fuck you to streetwear which makes it so streetwear. From simple dad hats with cool sayings to basic tees, this brand is for the minimalist cool kid that dgaf. 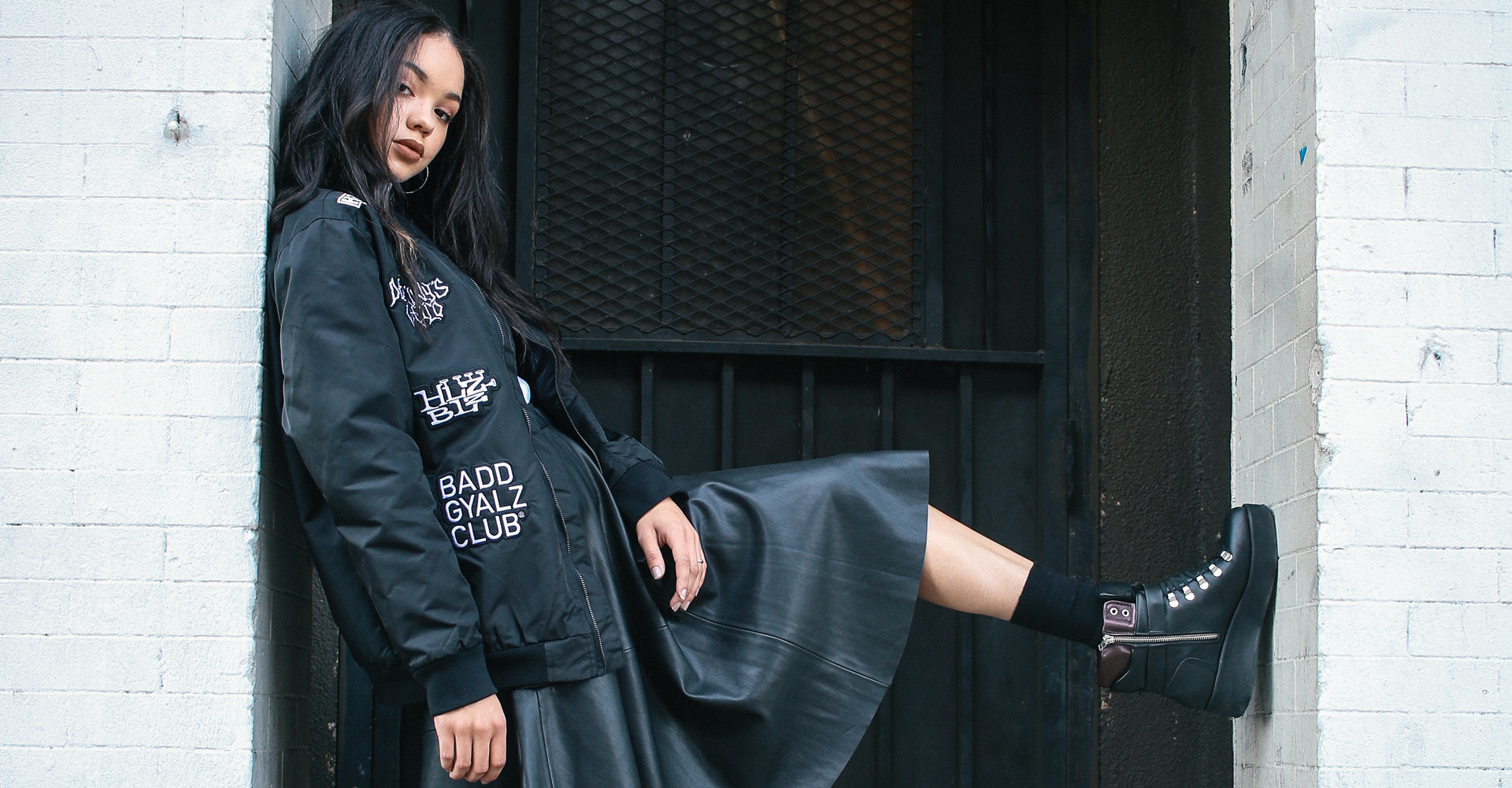 Hellz Bellz is filling the void in streetwear for the cutting edge alternative bad bitch. The veteran streetwear brand is influenced by all things subversive, from the old school gritty streets of NYC to Cali’s neon pavements. What’s more, Hellz Bellz is paying homage to the liberators and supporting the idea of female empowerment by adding an edge to traditional silhouettes resulting in bold statement pieces with street sensibility.

DOPE is a mix of luxury lifestyle and street culture. With unique takes on traditional silhouettes and emphasizing the destroyed fabrics trend, DOPE is, well, dope. Their men’s and women’s collections both scream Los Angeles street, but what stands out is their ability to follow trends and not over do it all, while still being cool – I mean dope.

Can we please just talk about this?! Haus of Jr is curated for the cool kids. Each piece of their collection is unisex. Which being a children’s brand is very unusual. In my eyes it is bringing up a generation to not believe in stigmas against genders and I love that. Honestly, this brand might be cooler than any grown women’s or men’s streetwear brand out there. The attention to detail is amazing and the quality of the products is out of this world. Brooooo, do it for the kids!