The future bass and beats scene is relatively new, with the past couple of years representing a rising wave of forward-thinking and sounding beatsmiths with imaginations as big as their bass drops and energy as dynamic as the 808’s and hi-hats that are indicative of the scene’s syrupy smooth or bombastically grand presentations. The in-between styles itself as an audio concoction of what your mind needs for a third-eye opening experience. Lending their talents to this aural movement, the ROTU Sound Research team plans to keep the sounds flourishing with their own special blend of phonic home cooking showcased at a new monthly in Santa Ana, CA aptly entitled “Sound Research.” Peep the flyer below for all details of the upcoming March 4th edition that you need to concern yourself with in order to really be treated to a wavy soundscape that only the ROTU SR team can put together. 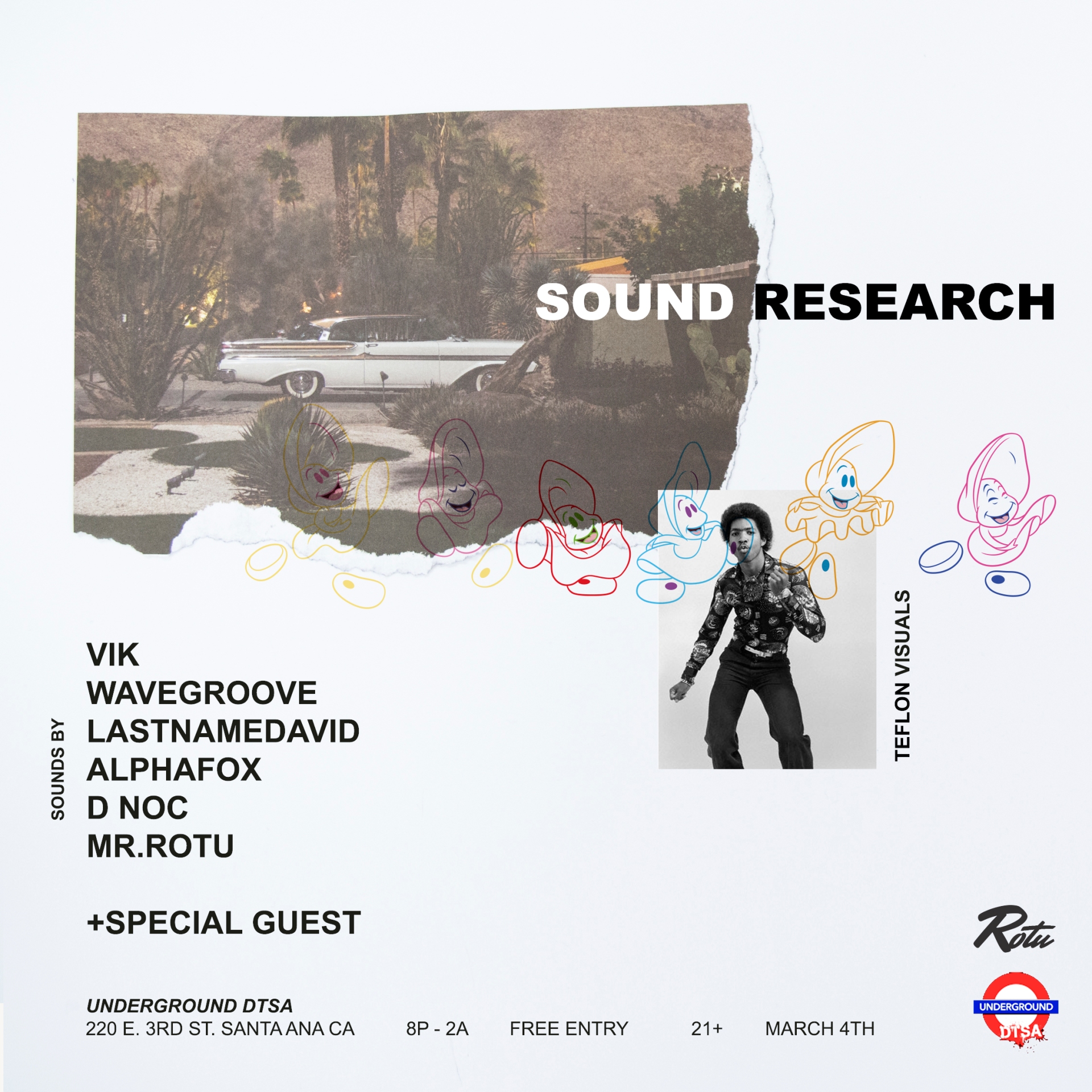