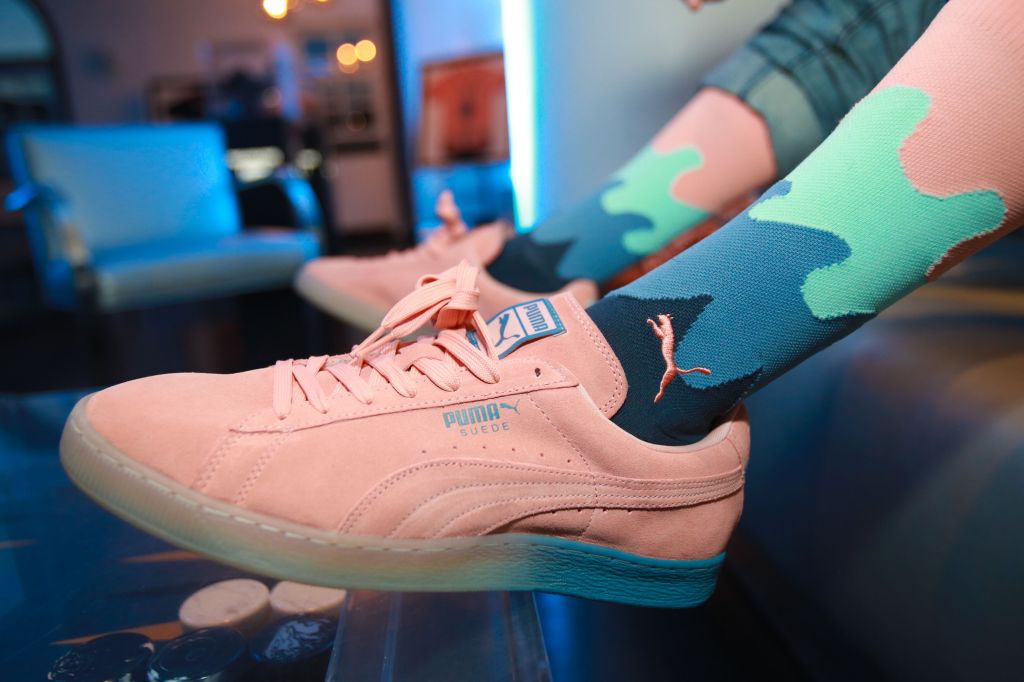 This past weekend, national lifestyle apparel and footwear retailer, Footaction, celebrated the highly anticipated release of the Puma and Pink Dolphin collection, during a private launch party at the Hollywood Roosevelt Hotel.  Fortunately we were among some of the lucky Angelenos to join in on the celebration.

On the penthouse rooftop overlooking the hustle and bustle of Tinseltown we sipped on some drinks and bopped to a live DJ throwing it back to some of Cash Money’s top hits.  The first floor of the penthouse showcased the new collection boxed and framed like pieces of art for people to admire.

I spoke with Pink Dolphin designer Cena Barhaghi  about the inspiration behind the collection, which fuses together pink and blue costal hues, with athletic street wear, to create a look that can lend itself to the studio or the hottest summer festival. Cena mentioned how organic the collaboration was as it was first and foremost built on a friendship with the Puma team which eventually turned into the collaboration that debuted last weekend. The collection consists of two pairs of suede shoes, two jerseys, two t-shirts and one pair of shorts.

As a brand who has cemented itself as a retailer that looks to dress its consumer in the freshest head-to-toe gear, from jerseys to denim, Footaction is excited to welcome the Puma Pink Dolphin Collection to its stores nationwide on May, 27, 2016. 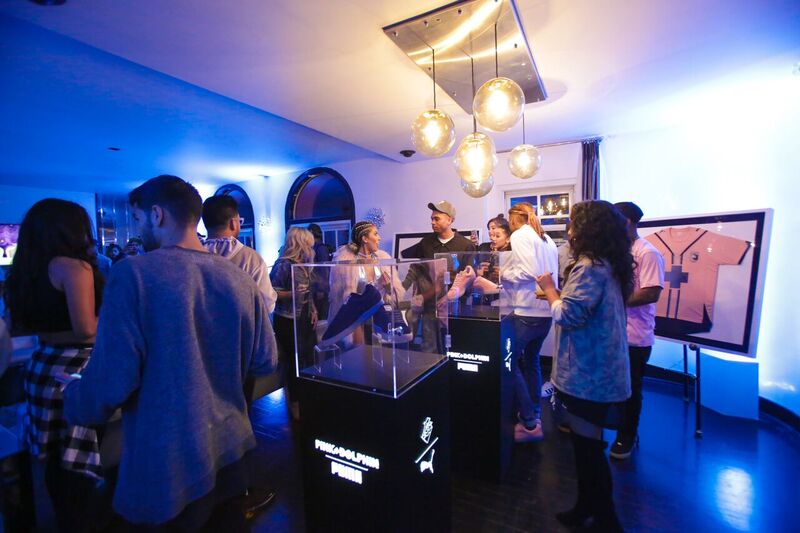