On Friday July 14th, graffiti pioneer JonOne and Hennessy literally made a splash and transformed Monk Space LA into a living canvas of colorful life and excitement with their private event launch for their new limited edition bottle. Hennessy, the world best-selling cognac teamed up with urban artist JonOne to create the 2017 Hennessy Very Special Limited Edition Bottle.

The launch event included celebrity guests Jamie Chung and Morris Chestnut alongside LA’s most influential tastemakers.  Artist inspired cocktails and delectable eats were always within an arms reach and the DJs helped curate the mood for a great night.

A special live art performance from JonOne himself took center stage and a crowd gathered to eagerly look on as the man of the hour created a piece fitting for the night’s event.

Hennessy mentioned this partnership stems from JonOne’s personal “Wild Rabbit” – his journey of being a kid in Spanish Harlem and bombing NYC subway cars to becoming one of the pioneers of abstract graffiti and his ongoing evolution as a self-taught artist whose current obsession with painting has garnered international attention and landed him in France where he is based. The bottle design was inspired by JonOne’s own positive energy and is meant to give hope inspired by an explosion of colors, like a rainbow. The Hennessy V.S Limited Edition bottle, approximately $35.00 (750ml), will be available at fine retailers nationwide and on the Hennessy website this July. 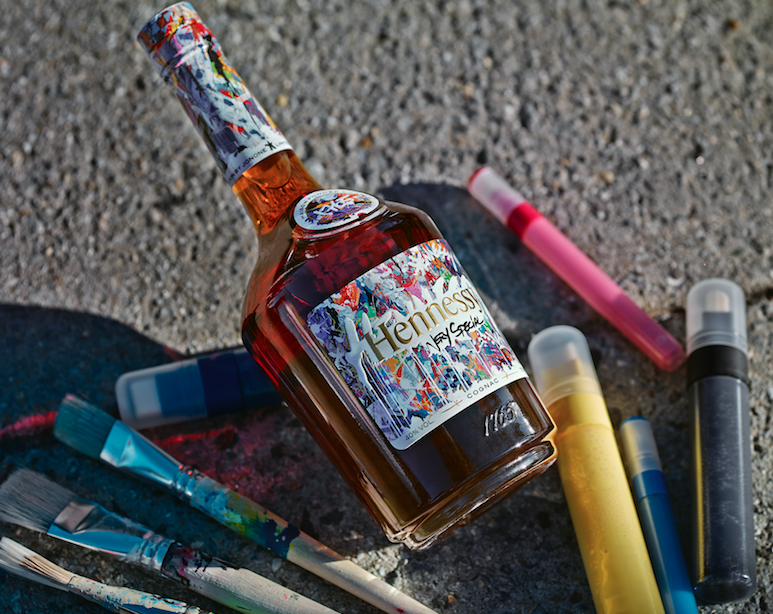 “When you speak to people at Hennessy who love what they do it really resonates. I can completely relate to that emotion: They create beauty with their own hands; they know the joy of creation. For them and for me, it’s not just a job, it’s part of your life. I hope my design speaks to that.” – JonOne