Windmills in front of windmills. 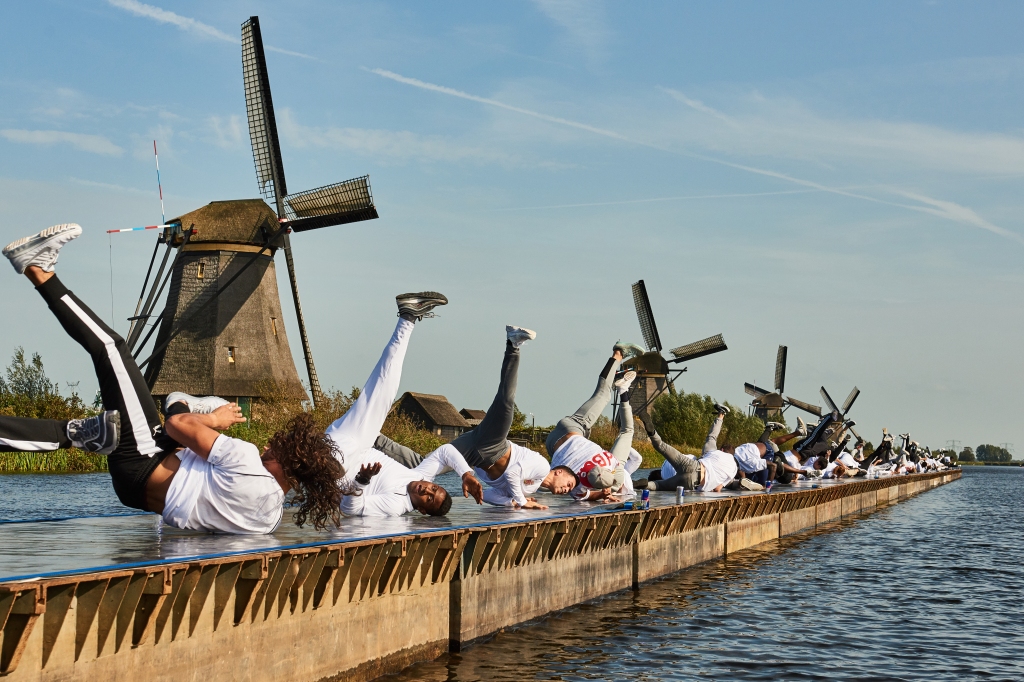 The windmill is a classic Hip Hop dance move in which the legs are lifted high in the air and twisted in a windmill pattern, while the torso and head rest against the floor.

Here’s a fun media news that needs to taking over your timeline. Over 70 breakdancers have set a world record for the most simultaneous windmill moves performed in 30 seconds. To make it more interesting, the dancers met at Kinderdijk, a village in the Netherlands’ South Holland province, known for its iconic 18th-century windmills and a monument to the history of humankind that was officially included as a UNESCO World Heritage Site in 1997. Watch the amazing visual below and mark your calendars for the Red Bull BC One World Finals happening in Amsterdam on November 4th.

Leading the breakers is Italy’s Mauro Peruzzi – aka Cico, the ‘Prince of Power’. Known for his dynamic, gymnastic, power moves, Cico is one of the most impressive talents in the B-Boy Dance form today and this is not his first World Record. Especially heralded for his energetic airflare combination moves and incredible ‘1990s’, where he spins and speed in a one-armed handstand, holding the World Record with a mind-boggling 27 revolutions.