Just in time for the holidays.

Fresh off the news from being nominated for two Grammy Awards for Best Rap Album and Best Rap Song, North Carolina rapper YBN Cordae returns with a brand new music video. “Thanksgiving” was directed by APLUS and arrives just in time for the holidays. The visual displays the chaos and anxiety that comes with bringing a partner home for the first time, including all the awkward and hilarious situations.

“The video also arrives ahead of Cordae’s headlining North American tour next year. The Lost Boy in America tour will kick off January 16th in Seattle, with stops in Berkeley, Chicago, New York, and Atlanta, before closing out the run February 29th in Dallas. Remaining tickets are available on his website. The tour is Cordae’s second headline run of the year and arrives after his dates on the Logic tour.” 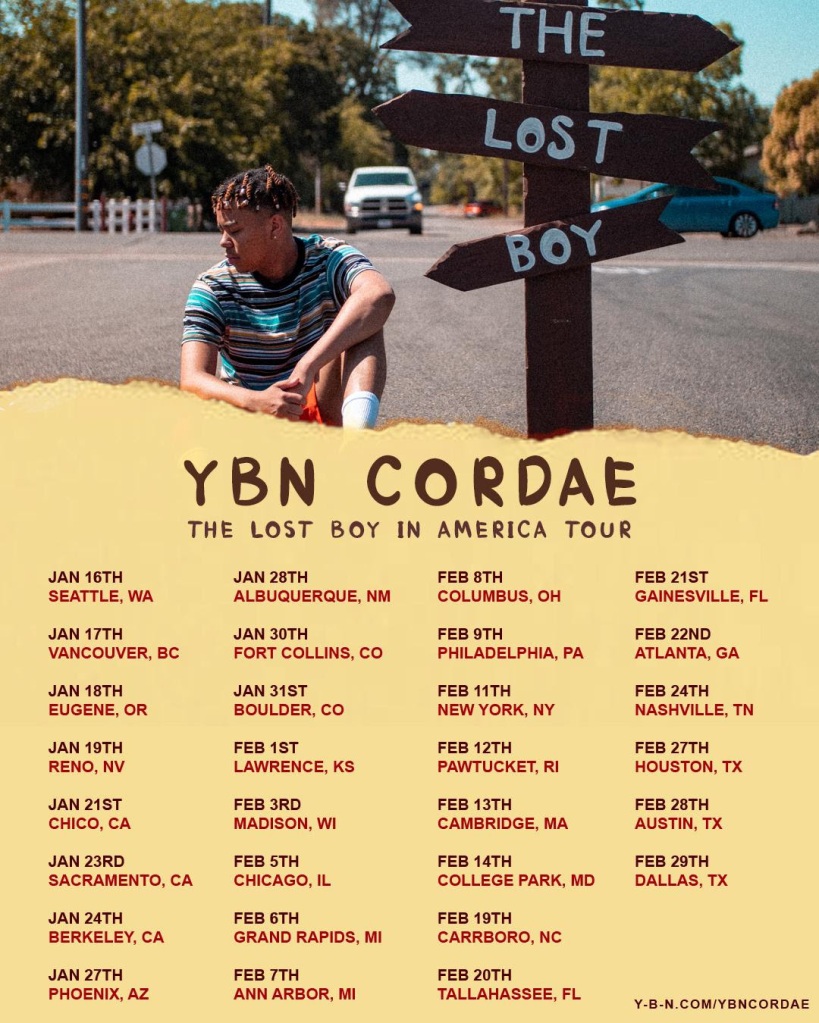