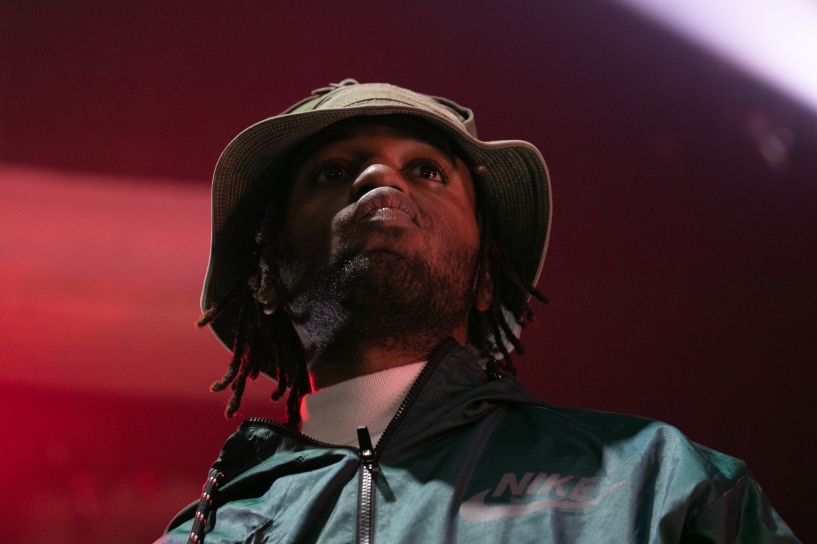 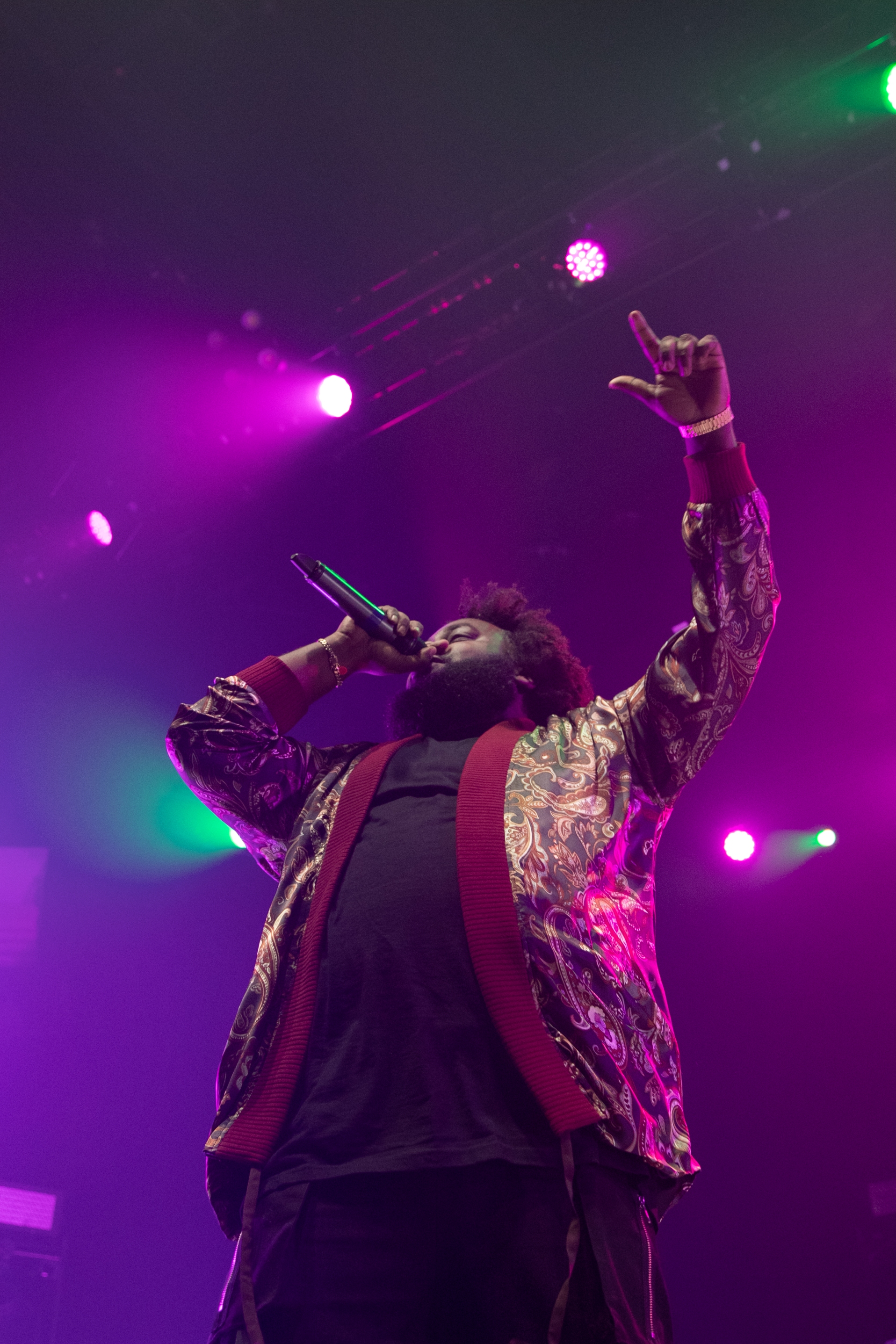 A$AP Ferg took over the Hollywood Palladium with a couple friends as part of his ‘Floor Seats Tour.’ The openers for the night all brought their own character to each of their individual performances. Heater IV is a relatively unknown artist who put out a performance that left many of us pleasantly surprised and eager to stream his music after the concert ended. His set included a song about his travels to Japan, which was fitting for the next artist who would take the stage. MadeinTYO is an established new-age rapper who served as the second opener of the night. He has garnered a solid fanbase who appreciates the artist for his instant turn-up songs like ‘Uber Everywhere’ and ‘Skateboard P’. The last opener, Bas, was all smiles performing for the hyped-up audience. The Dreamville artist performed songs of his own and songs off of Dreamville’s newly Grammy-nominated album ‘Revenge of the Dreamers III’. It was clear that many Dreamville fans were in attendance and were excited to see Bas tear up his set. 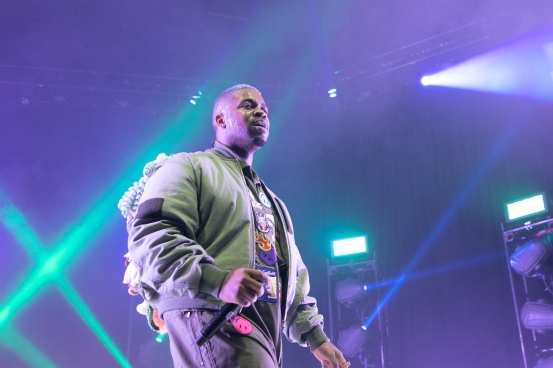 As Ferg was about to take the stage, the energy in the crowd was building. I overheard people pressed up on the barricade, prepping the security guards, saying “I’m jumping this and getting on stage”. The security response was, “try us and we’ll kick you out… unless Ferg allows it”. I knew these kids weren’t lying. There was just a feeling in the air that these kids were about to rage. Ferg finally comes out after the DJ pumped up the crowd by playing a couple rap bangers. 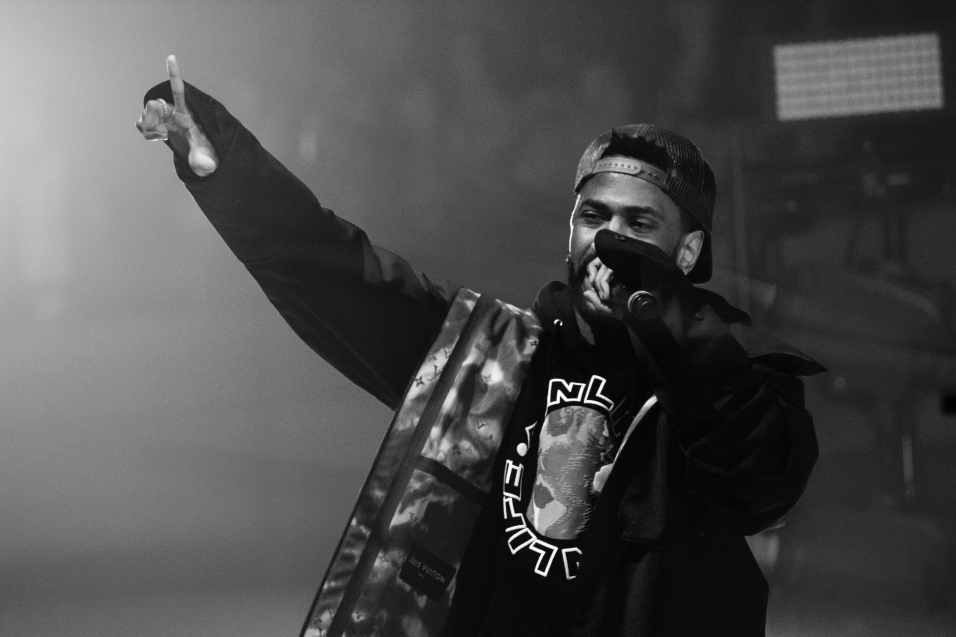 A$AP Ferg was a class act all the way through. Ferg performed songs from his Floor Seats album, as well as digging into his archive of previous work. Just as expected, a kid hopped the barricade, and as security was escorting him out, Ferg invited him on stage. Not only did Ferg let him turn up on stage with him for ‘Hummer Limo’, but he eventually handed him the mic and the kid finished off Ferg’s verse with no hesitation. After all that, Ferg instructed the kid to stage dive into the crowd.. which he did. That was definitely a momentum-changer in the concert – a confirmation that Ferg really was for the people, if anyone in attendance ever had any doubt. A$AP is a brotherhood, and while he didn’t have his A$AP brothers on tour with him, he brought some people whom he introduced as his brothers. Ferg proceeded to bring out some of the night’s previous performers (Bas, MadeinTYO, and also LA-native Buddy) to perform his collaborations but none more surprising than the last guest of the night. Big Sean came out to perform their collaboration ‘Bezerk’ with Ferg, and proceeded to perform his hit song ‘Bounce Back’ right after. Ferg concluded the night with his 4x platinum anthem Plain Jane, which he prefaced with a thanks to everyone involved with the Floor Seats tour – most importantly, the fans.