Featuring a modern take on the Chuck 70.

“The idea of it originally being a basketball shoe and now being more of a cultural icon says a lot — and that magic of being able to exist in seemingly different spaces is very much in line with the spirit we capture with ROKIT,” said Bam Barcena (ROKIT Co-Founder). “We’re big on storytelling . . . starting with the general idea we began to narrow down what exactly that meant in terms of color, graphics and fabrication.”

Ask any native-Angeleno and they will tell you that Downtown LA is a gritty concrete jungle that doesn’t fit in with its other glitzy neighborhood counterparts. That’s often the beauty found within DTLA. From the arts district to the garment district, from Chinatown to South Park, a diverse group of cultures resides in these pockets. Such as the fashion brands who have formed a community at the center of downtown and are undoubtedly the driving force of many new trends today.

ROKIT, a streetwear brand that is rooted in skate, basketball, and Downtown LA, have once again joined forces with the iconic Converse brand to provide a new take on classic pieces. The Converse x ROKIT collection will be available globally on Converse.com and select retailers beginning this Thursday 5/14. See detailed photos of the pieces below including the description of each item. 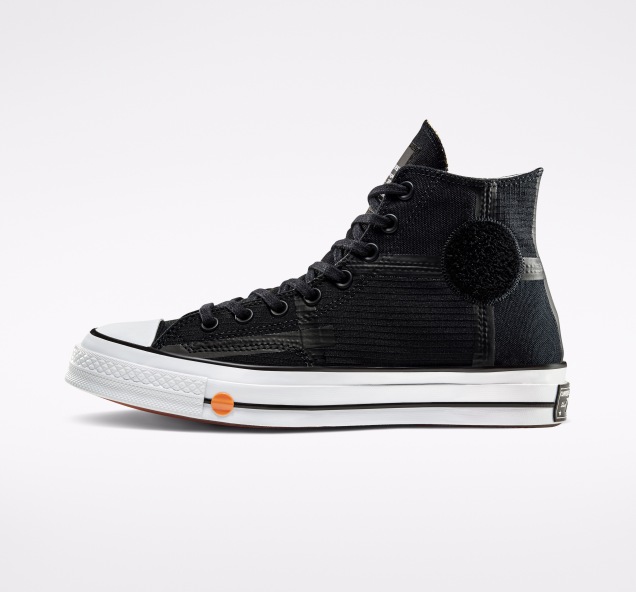 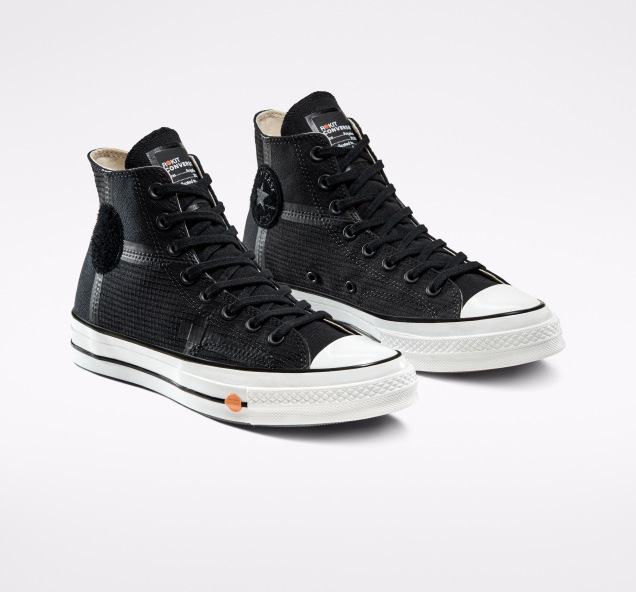 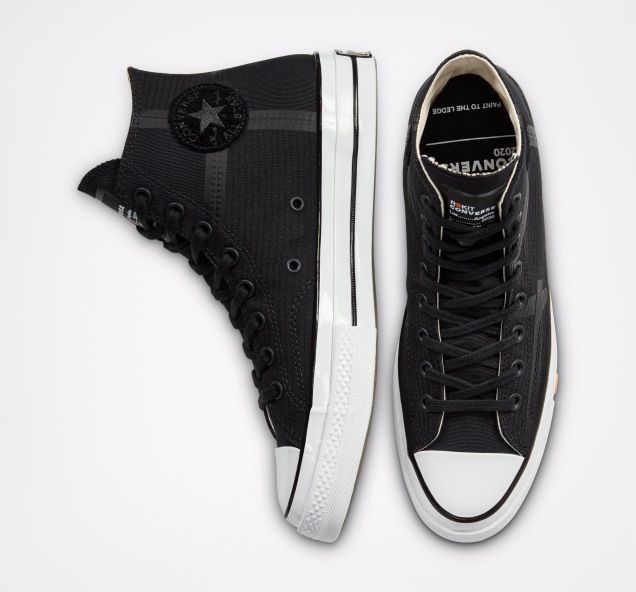 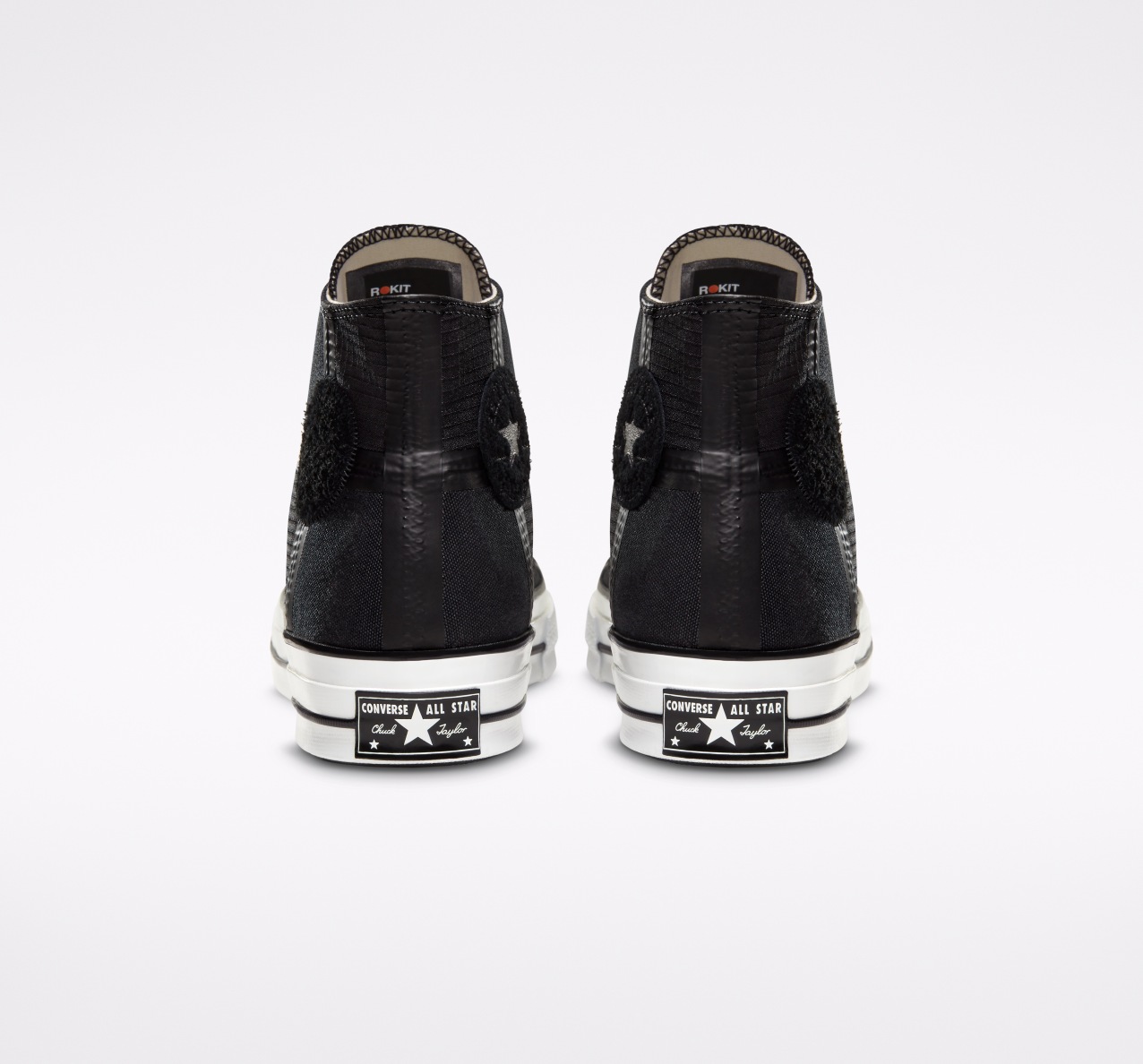 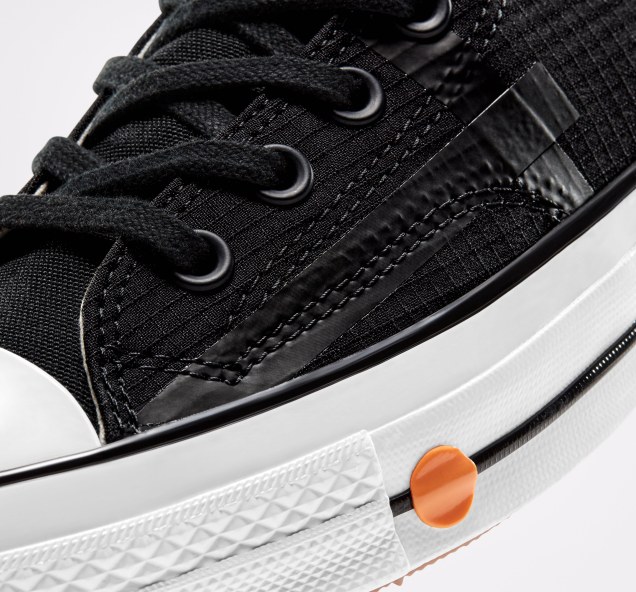 “The Converse x ROKIT Chuck 70 (seen above) is crafted with a mix of textures that play to construction, with the ripstop reminiscent of materials found right outside the doors of the ROKIT office, while the stitching details are inspired by the repairing and rebuilding of the city from potholes to street signs. Pops of color and texture are added to the screen-printed tongue, foxing tape, side patches and outsole.

The pullover hoodie is crafted with 65G Fleece with a vintage wash, patchwork sleeves, and pops of ROKIT’s notable orange hue, while the utility vest hosts snap closure pockets, reflective 3M corded piping, and leopard-print graphics on the jersey-inspired mesh.” 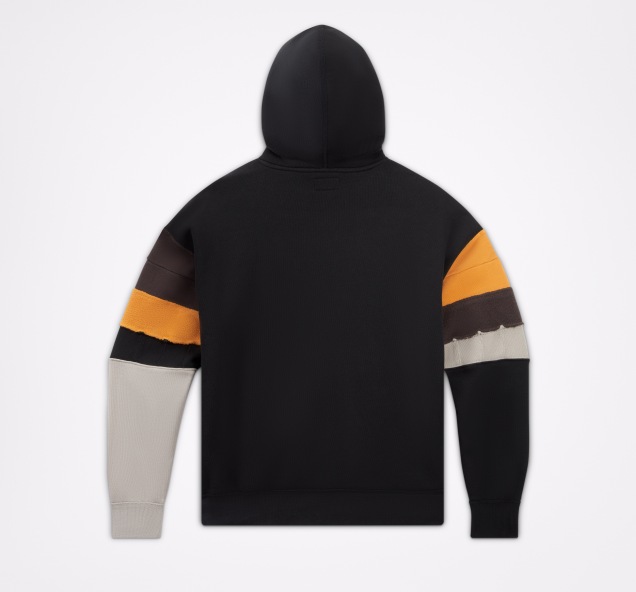 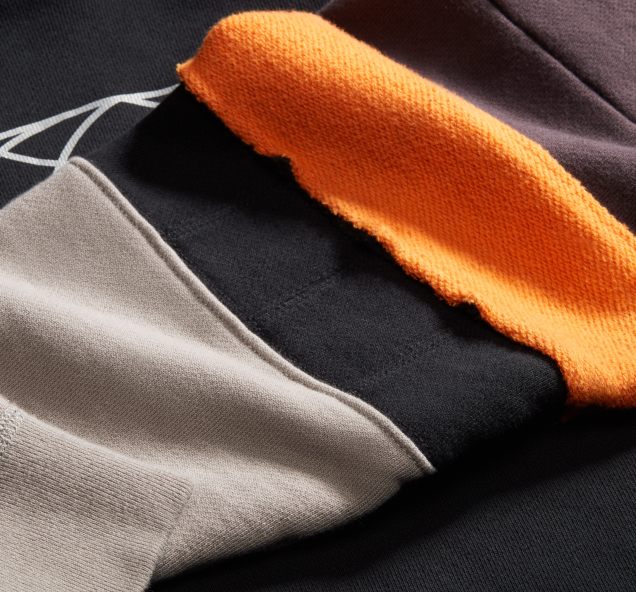 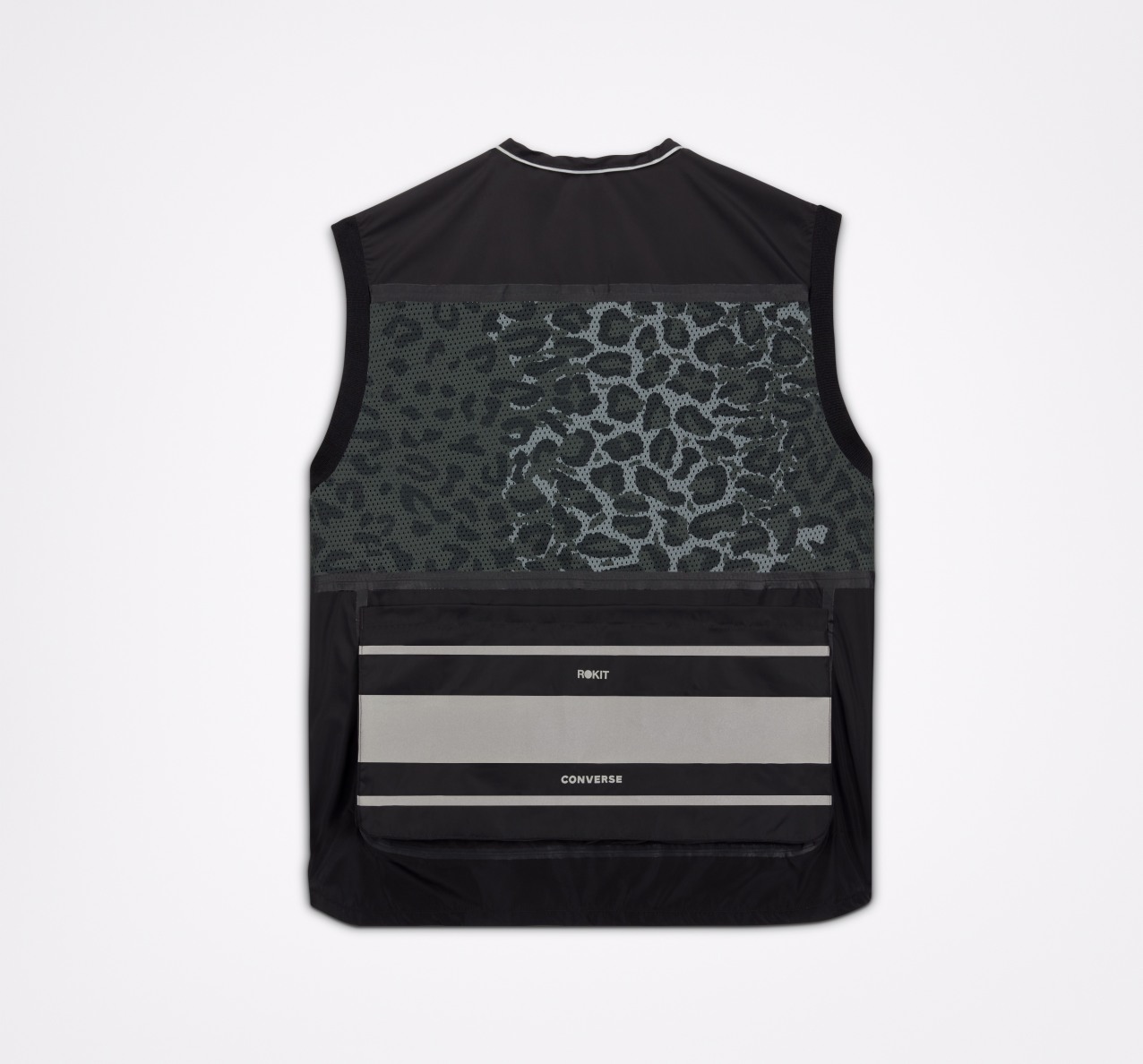 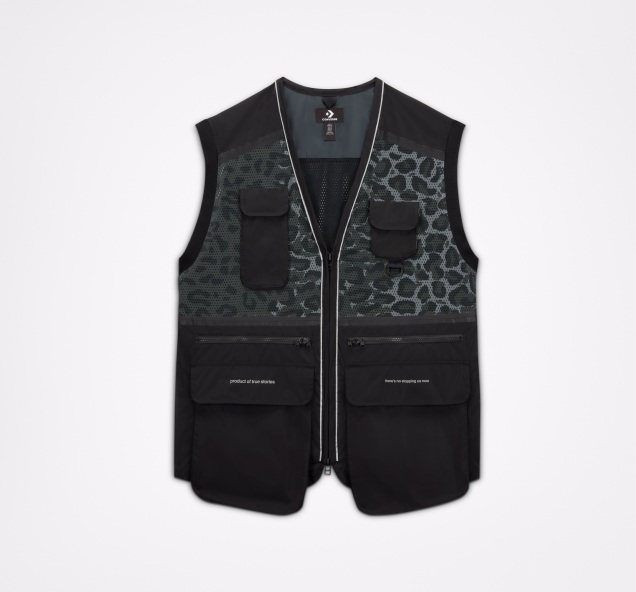 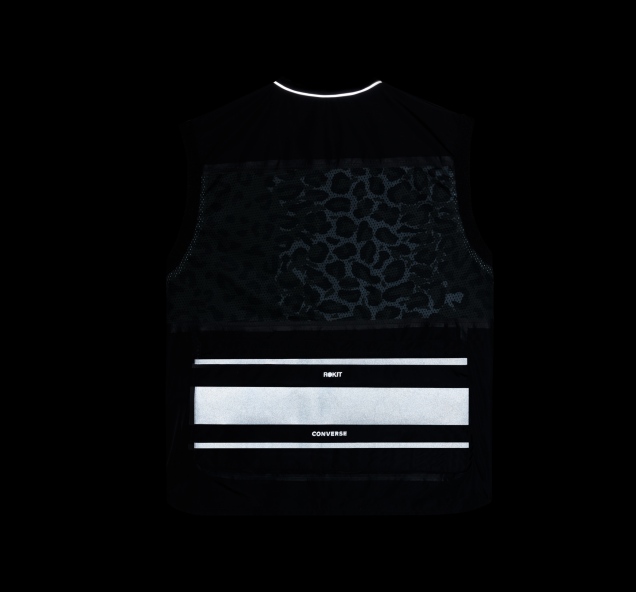 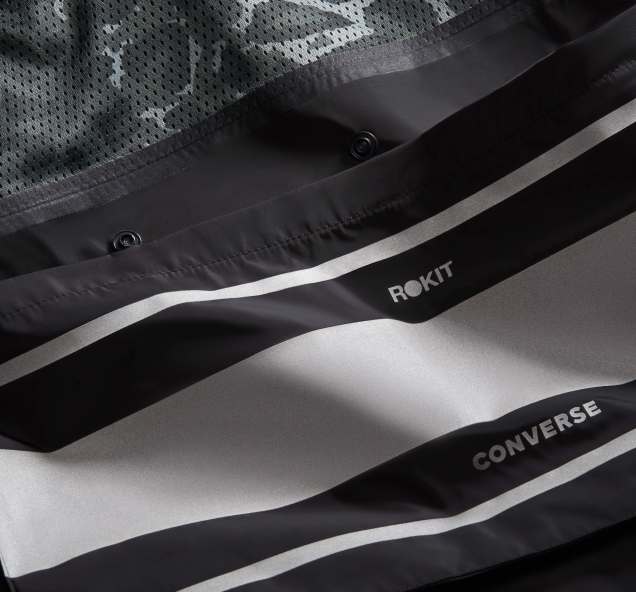