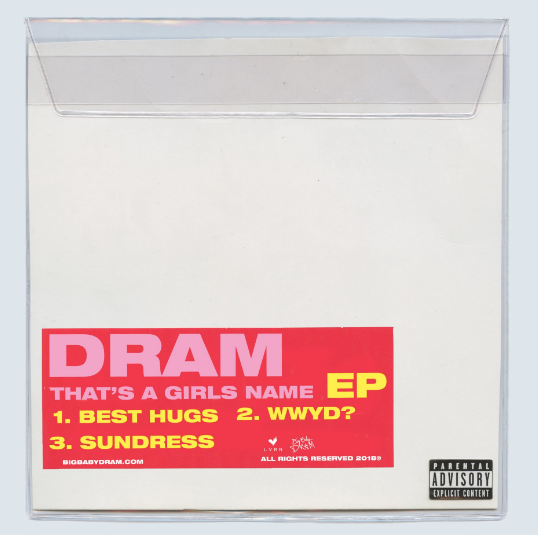 3 new songs have emerged from Big Baby DRAM and we can’t stop listening to them. The new EP titled That’s a Girls Name is full of pop-infused production, funky beats, and clever lyrics. DRAM’s singing voice shines on this EP but this was no surprise to any of us. I mean, his song with SZA called “Caretaker” already had us convinced.

That’s a Girls Name arrives just in time as he is set to perform at the upcoming Pitchfork Music Festival this weekend in Chicago. Listen below and let us know what you think of DRAM’s new joints.

.@BIGBABYDRAM is taking over our Instagram Stories right now ahead of his @PitchforkFest performance Sunday