The 90’s: the decade when everything seemed so right, when our biggest issue was if our Tamagotchi was dead or not, when everything could be answered with a bucket of slime on Nickelodeon. Some of us were Saved by the Bell, but for hip hop and its fashion, the 90’s aspired to be the Freshest Princes (and Princesses). With color palettes ranging from Black Nationalist to neon everything, the 90’s were jam packed with trends that are still so relevant today. As 90’s hip hop began to transition from the funky 80s, we all just aspired to be a few things:

1. We wanted to be in a tribe that was referred to as ‘Quest’

2. We wanted to be legitimate MC’s, but in a very humble manner and not like some sort of tool.

4. We wanted to be known, infamous, even notorious, but we didn’t want to get too big in the scene.

5. We wanted to get in one little fight and have our moms get scared so we too could move in with our aunties and uncles in Bel Air.

Aside from the bad puns, trends in the 90’s were brought to us in part by the greatest artists in hip hop, with these artists building fame through their music as well as responses they received from their controversial lyrics. The era was full of drama to say the least, ranging from lawsuits with Vanilla Ice to Rodney King’s beating. It’s no surprise that these events began to spark more passionate and controversial music, resulting in censorship, protests that lead to pulling albums off the market, and even the LA riots. Through artists such as 2Pac, Notorious B.I.G., Dr. Dre, Sean “Puffy” Combs, Nas, and Snoop Doggy Dogg, the evolution of the rap game changed entirely. With their rising fame came the chance for them to create trends and style.

Transitioning out of the late 80’s and early 90’s Black Nationalist color schemes, Cross Colour kept the color blocking but added a new touch by enhancing their gear to make it more wearable for the new generation. Starter jackets, snap backs, and baggy everything made 90’s hip hop fashion big, both in the market and aesthetically.

Aside from Cross Colours, Karl Kani founded and ran his own eponymous fashion brand, as his pieces were worn and advertised by top hip hop artists all around. Wearing these items symbolized success in the hip hop game, as artists such as 2Pac and Nas advertised the brand. Again, the trend was simple: baggy with bold colors

FUBU started with similar ideas as Cross Colours; they wanted to be supported and raise awareness as a black owned brand and business. “For Us, By Us” caught on to consumers better than the alleged “Five Urban Brothers United.” Ranging from hockey jerseys to baggy jeans to belts and shoes, FUBU was definitely what you wanted to be seen in. By 1999 though, FUBU was already losing its grounds of originality, as the rise of competitors such as Phat Farm, Mecca USA, and Enyce became the new trends.

The late 90’s and more prominently the early 2000’s found throwback jerseys to be the cool and trendy thing to wear, often with fans spending a few bills on a one of a kind Brooklyn Dodgers jersey or other rarities. These were then made popular by hip hop artists and stars, showing up in music videos. With artists clad in jerseys mainly by Mitchell and Ness, their fans inevitably wanted them. Soon enough, jerseys trickled down to cheaper means, accessible to every consumer in department stores and other places across the market. Maybe it was because they became so readily available for every consumer, maybe it was because there were so many cheap imitations and knockoffs, or maybe it was just getting old, but the jerseys got benched by the mid 2000’s.

As Ali rapped on his verse in Nelly’s “Grillz”,

“I got four different sets it’s a fabulous thang

Not only was Fabolous known to wear Mitchell and Ness jerseys, but he was also known to accessorize. From the 80’s and 90’s, we may have asked ourselves what could be possibly better than gold, and the late 90’s and early 2000’s answered this question with one word: platinum. As jewelry and bling began to change, the use of platinum became the prominent precious metal of hip hop. Platinum, gold, and diamonds; you name it, someone was wearing it. 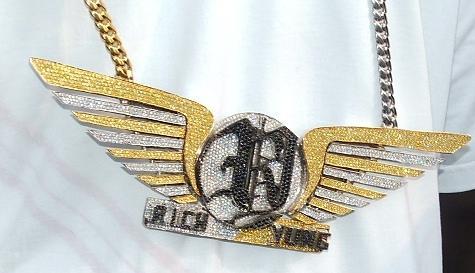 In my free time, I enjoyed hanging out with my good friend Nelly and we would rob the jewelry store and tell them to make us some grillz. From full permanent platinum front teeth to diamond clad grills, one would never need to refrigerate his drink to make it cold; there was enough ice in one’s mouth to make it icy (wow that was so bad that it was so fantastic). The trend even trickled down to us kids in school at the time; kids would unwrap gum wrappers or cut small pieces of foil and wear them around. Here’s a quick game of two truths and a lie about me that you can play:

1. I wore those foil/gum wrappers more than once.

2. My friend got me a silver and pink cubic zirconia grill for my birthday in middle school.

3. I referred to my braces as grillz. 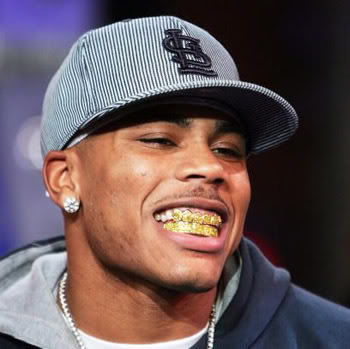 Joke’s on you; they’re all true. Boom.

As for the females, Aaliyah, Missy Elliott, and Lil Kim were a few among many artists making a splash into the hip hop scene, as their fashion senses only showed the wide range that hip hop culture provided. Babygirl Hilfiger-ed that it was best to add a feminine flare and a bit of sex appeal to the ever so baggy items of the 90’s.

Regarding the shoe game, the 90’s supplied an abundance of boots and kicks. You can never forget the classic beige-khaki boots with that super durable sole and little black strip of leather on your ankles; nothing suggested hip hop like the Timberland boot. Later in the decade, Lugs became a staple, looking extra trendy when paired with extra loose pants and even looser hoodies and jackets. 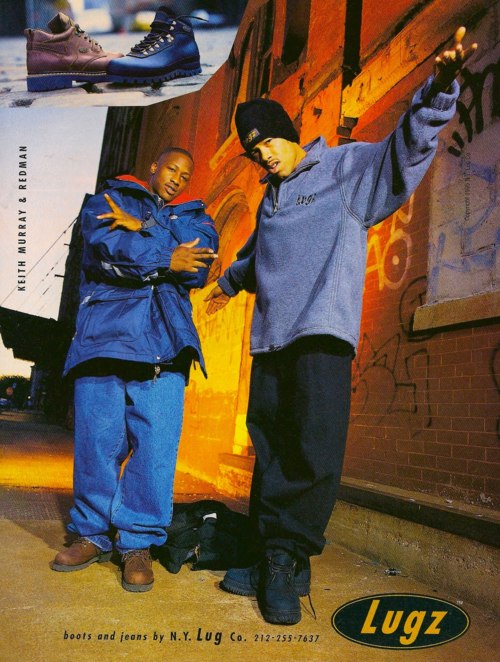 Sneakers dominated the shoe game in the 90’s, with Nike ascending as tops among the rest. As Michael Jordan’s career and popularity continued to grow, the Air Jordans followed, becoming one of the most popular sneakers Nike ever produced. In 1995, in contrast to MJ’s performance on the courts, the Air Jordan XI’s became the single greatest shoe of the 90’s. Closely following their popularity were the Nike Air Max 90’s and 95’s, which have clearly made their mark in the shoe game, as they are still worn today with new colorways. 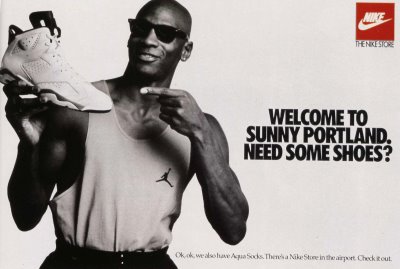 Could we kick it? Yes we could, and we made a huge step into the 2000’s, paving the way for what we wear today.